The stories in Muscle Cars explore the unique and sometimes flawed relationships between men, their families, and their friends. Featuring a diverse cast of inarticulate misfits—including a compulsive body builder obsessed by the death of his brother; a former boxer forced to sell his prized 1946 New York Yankees autographed baseball; and two boyhood friends who plan to steal Ted Williams’ scientifically frozen head—this stand-out debut from Pushcart-nominated Eoannou is a powerful journey through the humor, darkness, and neuroses of the modern American Everyman.

"A terrific Technicolor Noir that lives and breathes in the period. If I hadn't been told, I would've thought I was reading a lost paperback classic from sixty years ago. Clever, literate, and fun, Rook is right down my dark alley."

New York Times Bestselling author of The Revelators and The Heathens

"If Elmore Leonard wrote the Queen’s Gambit, he’d have written Rook. Set aside some time when you start Eoannou’s true tale of Tommy guns, small-time hoods, and high-stakes chess because you won’t want to put it down until checkmate."

Author of The Hidden Light of Northern Fires

Stephen Eoannou has performed a remarkable feat with his novel Rook. First, he has detailed  the little-known story of an ingenious bank robber, Al Nussbaum, who FBI director J. Edgar Hoover once called “the most cunning fugitive in the country.” Second, Eoannou has dramatized how Nussbaum’s obsession with bank robbery as an art form trapped him and his family in a downward spiral of shame and frustrated hope. Brilliant.

Author of Gunshots in Another Room: The Forgotten Life of Dan J. Marlowe 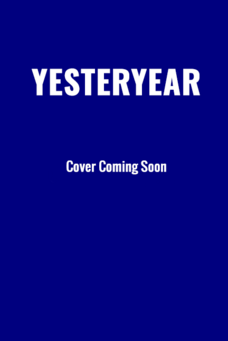 "Imagined from the life of the creator of The Lone Ranger, Yesteryear is a magical, magnificent novel strung on the threads of a real man's quest to fight evil, save the day, and lift the world from the clutches of The Great Depression. What Michael Chabon does for Pittsburgh, Eoannou does for Buffalo— in his hands, this battered rust belt city becomes a literary wonderland. There's no way to read this book and not find yourself moved to tears. I absolutely loved it."

Author of The Arrangement

"Steve Eoannou’s Yesteryear reads like a fever dream, but one in which 1930’s Buffalo, New York, is resurrected in such specificity that you’ll believe it never passed on, and what’s more, it’s brought to you in a voice that synthesizes the cadences of a sax solo, a radio play, and a comic noir. Want to learn how a missing pair of men’s diamond-studded rings connects to the Lone Ranger and a plot to assassinate Franklin D. Roosevelt, read the first page and try to put this compulsively engrossing novel down."

"This is one of the most entertaining novels I've read in years, with memorable characters and an outstanding plot on so many levels.  It's so much more than a page-turner; it will capture your imagination and not let it go!"

Author of Welcome To Christiania

“Return with us now to those thrilling days of yesteryear, when from out of the past come the thundering hoofbeats of the great horse Silver! The Lone Ranger rides again!”

But who was the man behind the creation of The Lone Ranger?

It’s 1930s Buffalo, New York. The Great Depression rages, and scriptwriter Fran Striker’s job is on the line at WEBR. He must write the pilot for a new radio show but, to do so, he needs to overcome writer's block, defeat a Gypsy curse, foil a plot to assassinate FDR, deal with an insane, alcoholic midget, and recover stolen diamond rings belonging to an equally insane, alcoholic boxing champion.
Who was that masked man? Based on the real-life and often controversial story of The Lone Ranger creator Fran Striker, Yesteryear takes us on a magical journey that led to the iconic hero’s debut, a show that provided hope to Americans during the country’s darkest days. Populated by characters who lived during that era—radio actor John L. Barrett, Mafioso Stefano Magaddino, former lightweight champion Jimmy Slattery, and president-elect Franklin Delano Roosevelt -- Eoannou breathes new life into the immortal Lone Ranger and the man who struggled to create him. 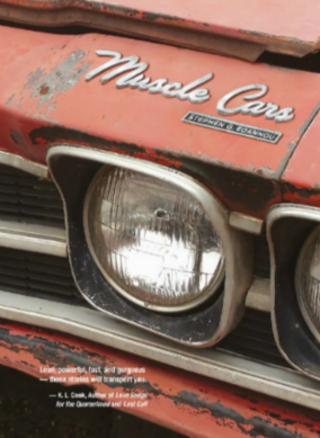 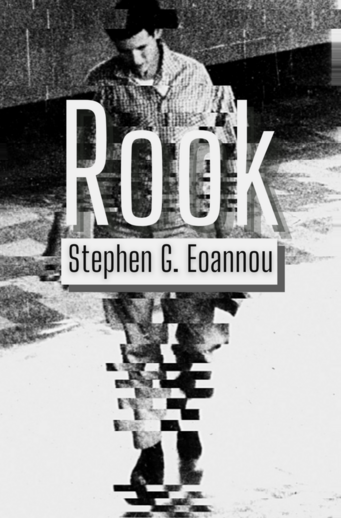 Rook is based on the true story of Al Nussbaum. To his unsuspecting wife, Lolly, Al is a loving, chess playing, family man. To J. Edgar Hoover, he is the most cunning fugitive alive. Al is the mastermind behind a string of east coast robberies that has stumped law enforcement. After his partner, one-eyed Bobby Wilcoxson, kills a bank guard and wounds a New York City patrolman, Al is identified as one of the robbers and lands on top of the FBI’s most wanted list. He is forced to flee his hometown of Buffalo, New York as the FBI closes in and Lolly learns of her husband’s secret life. One million wanted posters are printed and The Reader’s Digest offers a ten-thousand-dollar reward for Al’s capture. While Al assumes another identity and attempts to elude the police, Lolly is left alone to care for their infant daughter and adjust to her new life as ‘The Bank Robber’s Wife’. Friends, family, and federal agents all pressure Lolly to betray Al. While Lolly struggles at home financially, with unrelenting FBI agents, and her conscious, Al and Bobby continue to rob banks, even as Bobby grows more mentally unstable and dangerous. Al has only two goals: avoid capture and steal enough money to start a new life with his family. Returning to gather his wife and baby is suicidal, but as Al said, he’d only stick his neck in the Buffalo noose for Lolly.

"Steve Eoannou writes with a sharp eye and a lucid, comic style."

​"These stories brim with sense details, giving them a multi-dimensional feel...I believed in these characters. I care what happened to them. I was moved."

"In his collection Muscle Cars, Stephen G. Eoannou proves masterful at revealing that razor's edge inside everyday American man, where the power of role and the power of raw emotion almost balance out. He throws light on the mysterious interiors of husbands, fathers, sons, brothers, soldiers, compatriots, these streets of Buffalo past and present--all the while keeping track of the darker currents that run beneath the surface. And no matter how sympathetic, how human his storytellers are, there always seems to come a moment when you have to decide if this guy--the one with the plot to steal a frozen head or auction a baseball or shave his weightlifter legs--is brilliant or insane. Muscle Cars is a magnificent debut."

Author of The Arrangement

"Part Richard Russo, part Bruce Springsteen, part OTB parlors and Cutlass Supremes, Eoannou's debut collection, Muscle Cars, is all--all--heart. These are tough, ruminative, cunning and tough--did I say tough?--stories of people trying to make it, one way and another, for better and worse. A fine first collection, and I look forward to the next.​​​​​​"